The Canadian Register of Historic Places (CRHP; French: Le Répertoire canadien des lieux patrimoniaux), also known as Canada's Historic Places, is an online directory of historic sites in Canada which have been formally recognized for their heritage value by a federal, provincial, territorial or municipal authority. 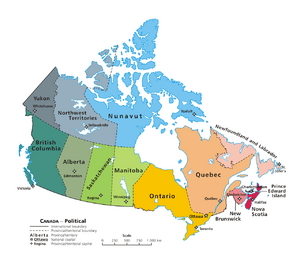 The Canadian Register of Historic Places was created as part of Canada's "Historic Places Initiative". Commencing in 2001, the Historic Places Initiative was a collaboration between the federal, provincial and territorial governments to improve protection of the country's historic sites and to "promote and foster a culture of heritage conservation in Canada". The CRHP and the Standards and Guidelines for the Conservation of Historic Places in Canada (a common set of guidelines for the restoration and rehabilitation of historic sites throughout Canada) are the two major tools developed to assist in achieving the initiative's main objectives.

The CRHP was officially launched in May 2004 as a single access point for members of the public to learn about historic sites across Canada. It is a work in progress, and as of 2011, the CHRP included approximately 12,300 of the country's estimated 17,000 designated historic sites.

The directory was designed to be both flexible, in order to accommodate information from the wide range of heritage authorities across the country, as well as uniform, so as to provide a consistent means of searching and a consistent form of documentation for sites regardless of location or heritage designation. Historic sites that have been recognized by more than one level of government, often for differing reasons, are also linked in the directory. For example, the CRHP contains two listings for the Halifax Public Gardens in Nova Scotia (a site designated as both a National Historic Site of Canada and a Municipally Registered Property under the Heritage Property Act), and these two listings in the CRHP are connected in order to highlight the many heritage values that have been ascribed to this particular site.

Inclusion in the register 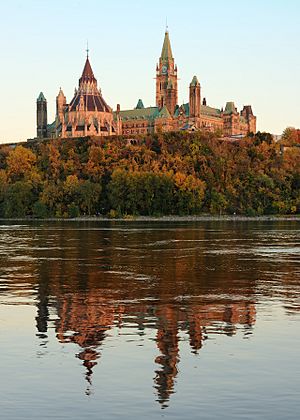 The Canadian Register of Historic Places does not have its own criteria for inclusion in the directory, but relies entirely on federal, provincial, territorial and local designations of historic sites (reflective of the community-based approach to heritage conservation in Canada). A site must be designated by one or more of these levels of government in order to be eligible for inclusion in the CRHP. The CRHP does not replace existing heritage designation programs already in place across the country, nor does it replace local, provincial, territorial and federal databases, some of which are also available online.

The CRHP is an information tool, not a designatory or regulatory mechanism. Inclusion in the directory does not confer historic or legal status, nor does it impose legal restrictions or obligations. Inclusion also does not affect how the designating level of government manages its own heritage designations or policies.

Given that the CRHP is publicly available on the internet and provides locations details for historic sites, a number of sensitive or sacred First Nations sites have not been included in the directory in order to lessen the likelihood of vandalism and other forms of damage by visitors. The CRHP partner governments are working on other tools through the Historic Places Initiative in order to recognize sites related to Aboriginal peoples in Canada.

All content from Kiddle encyclopedia articles (including the article images and facts) can be freely used under Attribution-ShareAlike license, unless stated otherwise. Cite this article:
Canadian Register of Historic Places Facts for Kids. Kiddle Encyclopedia.