First Nations are the people of native tribes who lived in Canada before Europeans came there. Many Canadians also use "First Nations" to mean people with natives in their family trees. Many say it because these nations were here long before Canada, and to make it clearer that the First Nations have many cultures, and that some of the cultures are very different from others. Some consider it a respect to those who first cultivated certain patches of land.

Other words that have been used for First Nations people, tribes, and cultures have been "indigenous", "aboriginal", "Indian", "Native Indian", "Amerind," or "native." Now many people say "Indian" only about people from India.

National Aboriginal Day recognizes the cultures and contributions of Aboriginal peoples of Canada. There are currently over 600 recognized First Nations governments or bands encompassing 1,172,790 2006 people spread across Canada with distinctive Aboriginal cultures, languages, art, and music.

Indigenous food in particular is considered very Canadian. Foods such as bannock, moose, deer, bison, pemmican, maple taffy, and Métis stews such as barley stew are all either traditional Indigenous foods or originated in Canada with roots in Indigenous cuisines, and are eaten widely throughout the country.

Other foods are fish, polar bears, musk ox, and caribou. 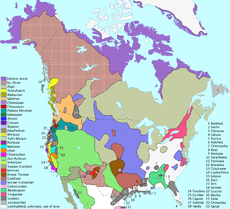 Language families in Northern America at the time of European contact

Today, there are over thirty different languages spoken by indigenous people, most of which are spoken only in Canada. Many are in decline. Those with the most speakers include Anishinaabe and Cree (together totalling up to 150,000 speakers); Inuktitut with about 29,000 speakers in the Northwest Territories, Nunavut, Nunavik (Northern Quebec), and Nunatsiavut (Northern Labrador); and Mi'kmaq, with around 8,500 speakers, mostly in Eastern Canada. Many Aboriginal peoples have lost their native languages and often all but surviving elders speak English or French as their first language.

Two of Canada's territories give official status to native languages. In Nunavut, Inuktitut and Inuinnaqtun are official languages alongside English and French, and Inuktitut is a common vehicular language in government. In the Northwest Territories, the Official Languages Act declares that there are eleven different languages: Chipewyan, Cree, English, French, Gwich’in, Inuinnaqtun, Inuktitut, Inuvialuktun, North Slavey, South Slavey and Tłįchǫ. Besides English and French, these languages are not vehicular in government; official status entitles citizens to receive services in them on request and to deal with the government in them. 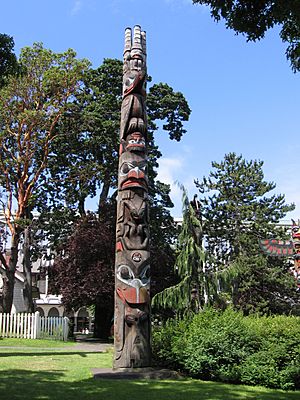 First Nations were producing art for thousands of years before the arrival of European settler colonists and the eventual establishment of Canada as a nation state. Like the peoples who produced them, indigenous art traditions spanned territories across North America. Indigenous art traditions are organized by art historians according to cultural, linguistic or regional groups: Northwest Coast, Plateau, Plains, Eastern Woodlands, Subarctic, and Arctic.

Art traditions vary enormously amongst and within these diverse groups. Indigenous art with a focus on portability and the body is distinguished from European traditions and its focus on architecture. Indigenous visual art may be used in conjunction with other arts. Shamans' masks and rattles are used ceremoniously in dance, storytelling and music. Artworks preserved in museum collections date from the period after European contact and show evidence of the creative adoption and adaptation of European trade goods such as metal and glass beads. During the 19th and the first half of the 20th century the Canadian government pursued an active policy of forced and cultural assimilation toward indigenous peoples. The Indian Act banned manifestations of the Sun Dance, the Potlatch, and works of art depicting them. 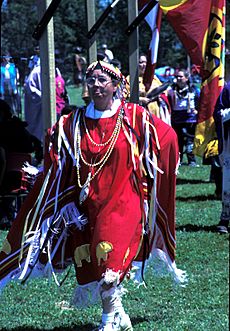 The First Nations peoples of Canada comprise diverse ethnic groups, each with their own musical traditions. There are general similarities in the music, but is usually social (public) or ceremonial (private). Public, social music may be dance music accompanied by rattles and drums. Private, ceremonial music includes vocal songs with accompaniment on percussion, used to mark occasions like Midewiwin ceremonies and Sun Dances.

Traditionally, Aboriginal peoples used the materials at hand to make their instruments for centuries before Europeans immigrated to Canada. First Nations people made gourds and animal horns into rattles, which were elaborately carved and beautifully painted. In woodland areas, they made horns of birch bark and drumsticks of carved antlers and wood. Traditional percussion instruments such as drums were generally made of carved wood and animal hides. These musical instruments provide the background for songs, and songs are the background for dances. Traditional First Nations people consider song and dance to be sacred. For years after Europeans came to Canada, First Nations people were forbidden to practice their ceremonies. 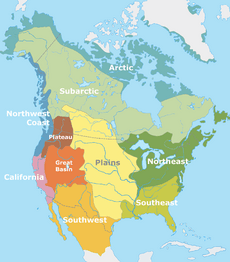 Cultural areas of North American Indigenous peoples at the time of European contact. 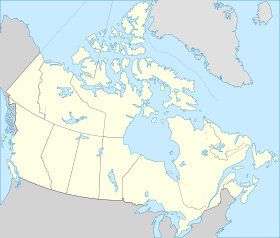 First Nations by Province or Territory

There are distinct First Nations in Canada, originating across the country. Indian reserves, established in Canadian law by treaties such as Treaty 7, are the very limited contemporary lands of First Nations recognized by the non-indigenous governments. A few reserves exist within cities, such as the Opawikoscikan Reserve in Prince Albert, Wendake in Quebec City or Stony Plain 135 in the Edmonton Capital Region. There are more reserves in Canada than there are First Nations, as First Nations were ceded multiple reserves by treaty. 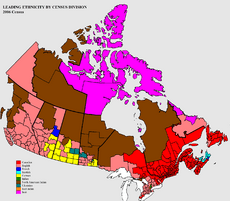 People who self-identify as having North American Indian ancestors are the plurality in large areas of Canada (areas coloured in brown).

First Nations can be grouped into cultural areas based on their ancestors' primary lifeway, or occupation, at the time of European contact. These culture areas correspond closely with physical and ecological regions of Canada.

Ethnographers commonly classify indigenous peoples of the Americas in the United States and Canada into ten geographical regions with shared cultural traits (called cultural areas). The Canadian (in whole or in part) regions are Arctic, Subarctic, Northeast Woodlands, Plains, and Plateau. See the individual article on each tribe, band society or First Nation.

The Indigenous peoples of the Pacific Northwest Coast communities centred around ocean and river fishing; in the interior of British Columbia, hunting and gathering and river fishing. In both of these areas, salmon was of chief importance. For the people of the plains, bison hunting was the primary activity. In the subarctic forest, other species such as the moose were more important. For peoples near the Great Lakes and the St. Lawrence River, shifting agriculture was practised, including the raising of maize, beans, and squash.

Today, Aboriginal people work in a variety of occupations and live outside their ancestral homes. The traditional cultures of their ancestors, shaped by nature, still exert a strong influence on their culture, from spirituality to political attitudes.

All content from Kiddle encyclopedia articles (including the article images and facts) can be freely used under Attribution-ShareAlike license, unless stated otherwise. Cite this article:
First Nations Facts for Kids. Kiddle Encyclopedia.