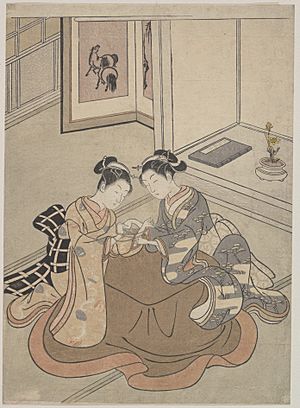 Cat's cradle is a series of string figures created between two (or more) people as a game. The name of the entire game, the specific figures, their order, and the names of the figures vary. Versions of this game have been found in indigenous cultures throughout the world—from the polar regions to the Equatorial zones. 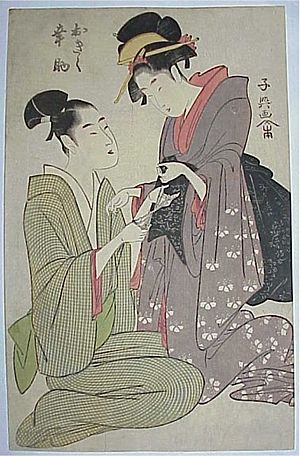 The game consists of two or more players making a sequence of string figures, each altering the figure made by the previous player. The game begins with one player making the eponymous figure Cat's Cradle (above). After each figure, the next player manipulates that figure and removes the string figure from the hands of the previous player with one of a few simple motions and tightens the loop to create another figure, for example, Diamonds. Diamonds might then lead to Candles, for example, and then Manger—an inverted Cat's Cradle—and so on. Most of the core figures allow a choice between two or more subsequent figures: for example, Fish in a Dish can become Cat's Eye or Manger. The game ends when a player makes a mistake or creates a dead-end figure, such as Two Crowns, which can't be turned into anything else.

The game also may be played solo, as is done in Japan.

The origin of the name "cat's cradle" may have come from a corruption of cratch-cradle, or manger cradle (although this derivation is disputed by the OED). The connection between the two words, cratches and cradle, may come from the Christian story of the birth of Jesus, in which a manger is used as a cradle.

In an 1858 Punch cartoon it is referred to as "scratch cradle", a name supported by Brewer's 1898 Dictionary. As "Cat's cradle" often is used to refer to string figures and games in general, Jayne uses "Real Cat's-Cradle" to refer to the specific game.

Different cultures have different names for the game, and often different names for the individual figures. The French word for manger is crèche, and cattle feed racks are still known as cratches. In Russia the whole game is called simply, the game of string, and the diamonds pattern is called carpet, with other pattern names such as field, fish, and sawhorse for the other figures—a cat isn't mentioned. The game may have originated in China In China the game is called kang sok (English: well rope), or catch cradle. In some regions of the U.S., this game also is known as Jack in the Pulpit.

Geneva Hultenius, Maryann DiVona, and Rita Divona completed 21,200 changes of cat's cradles in 21 hours in Chula Vista, California between August 17–18, 1974. The Guinness Book of World Records reported it as a world record in the 1975 and 1976 editions.

All content from Kiddle encyclopedia articles (including the article images and facts) can be freely used under Attribution-ShareAlike license, unless stated otherwise. Cite this article:
Cat's cradle Facts for Kids. Kiddle Encyclopedia.