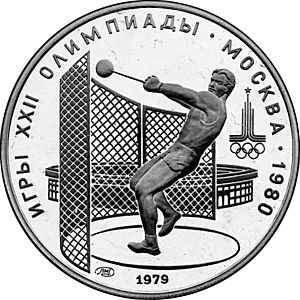 Athlete must pull to make his hammer throw work properly

Centripetal force is an accelerating force that acts on any body that revolves around a centre. This force contributes to keeping the body in rotation. This force is always directed towards the centre.

The opposite force (by Isaac Newton's third law of motion) is called centrifugal force. This is the force that acts on the body in a direction away from the centre, which contributes to making the body try to fly away. When you hold a rope with a heavy object attached to it, and rotate it around, the rope becomes tight and keeps the body from flying away. This is caused by centripetal force.

An example is a roller coaster which uses centripetal force to accelerate the carts so they will keep going in a circular motion. Even if an object changes direction but maintains at a constant speed it still counts as acceleration.

In the figure to the right we define the displacement vector

to represent motion in a circle. The magnitude of

and represents the radius of the particle's orbit. 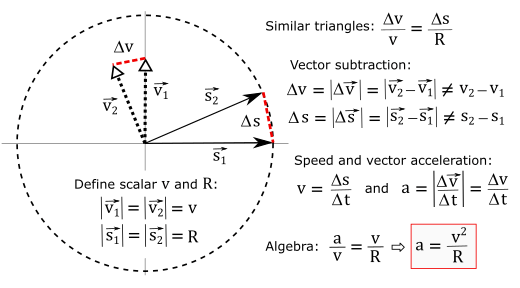 All content from Kiddle encyclopedia articles (including the article images and facts) can be freely used under Attribution-ShareAlike license, unless stated otherwise. Cite this article:
Centripetal force Facts for Kids. Kiddle Encyclopedia.