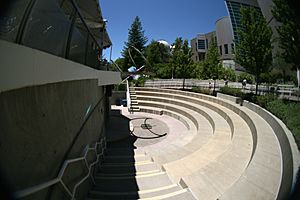 Solar clock at the Chabot Space and Science Center.

The Center is the continuation and expansion of a public observatory that has served San Francisco Bay Area schools and citizens with astronomy and science education programs since 1883. It is named after the father of hydraulic mining and benefactor of the original Oakland Observatory, Anthony Chabot. Since 2000, the Center has been located on the western border of Redwoods Regional Park. 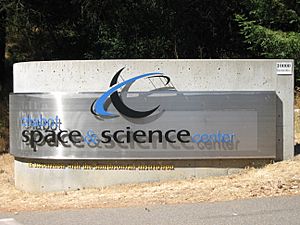 The sign at the entrance of the Chabot Space and Science Center.

The institution began in 1883 as the Oakland Observatory, through a gift from Anthony Chabot to the City of Oakland. The original Oakland Observatory was located near downtown Oakland and provided public telescope viewing for the community. For decades, it also served as the official timekeeping station for the entire Bay Area, measuring time with its transit telescope.

The observatory moved to its Mountain Boulevard location in 1915 due to increasing light pollution and urban congestion. In the mid-1960s, the facility was expanded considerably. Throughout this time, the Chabot Science Center, as it was renamed, was staffed mainly by Oakland Unified School District personnel and volunteers. In 1977, seismic safety concerns terminated public school students’ access to the original observatory facility. The observatory building remained open to the general public, but school activities were limited to outlying classroom buildings and the planetarium. 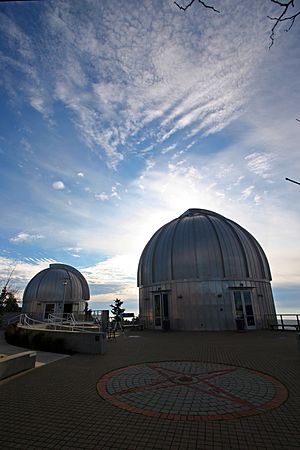 Recognizing the need to restore full access to the facility, either by repair or relocation, in 1989 Chabot Observatory & Science Center was formed as a Joint Powers Agency with the City of Oakland, the Oakland Unified School District, and the East Bay Regional Park District, in collaboration with the Eastbay Astronomical Society, and in 1992 was recognized as a nonprofit organization. The project was led by Chabot's Executive Director and CEO, Dr. Michael D. Reynolds, breaking ground for the facility in October 1996 with construction of the new 88,000-square-foot (8,200 m2) Science Center beginning in May 1998.

Opened August 19, 2000, the Chabot Space & Science Center is an 86,000-square-foot (8,000 m2), state-of-the-art science and technology education facility on a 13-acre (53,000 m2) site in the hills of Oakland, California. The museum was formerly an affiliate in the Smithsonian Affiliations program but is currently no longer an affiliate.

Aside from its telescopes, it contains: 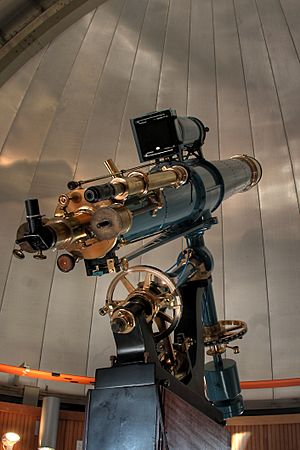 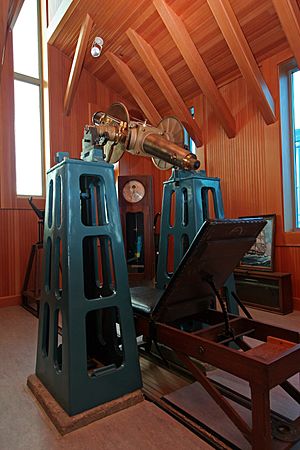 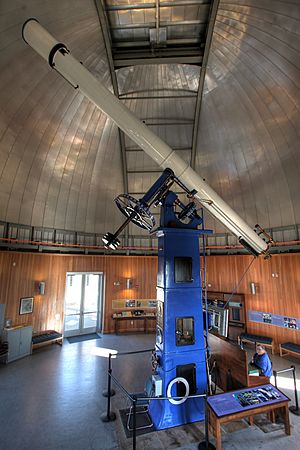 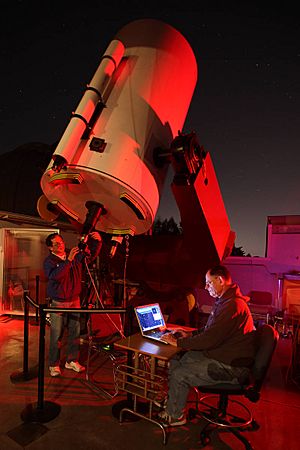 Chabot Space and Science Center has three observatory telescopes, all of which are open to the public on weekends. 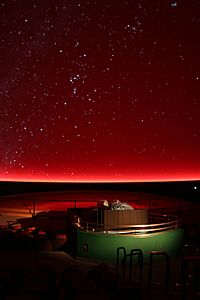 The Planetarium seats 250 people under a 70-foot (21 m) diameter dome, and features live weekly shows and daily pre-recorded "fulldome" shows. The weekly live shows are presented by a staff astronomer.

Cosmos 360 uses the planetarium's digital fulldome system to view the night sky as well as flying through space to see the universe from a different perspective. The guided tour include in-depth views of planets, constellations and other current astronomical events. The show is updated to reflect seasonal night skies.

The daily shows range from content geared for young children through more sophisticated shows designed for a general audience.

A complete schedule and listing of daily shows as well as current show times can be found at the center's planetarium page.

The Chabot Space and Science Center offers volunteer and educational opportunities to local teens, who work as explainers on the museum floor or on outreach trips. The program was initiated by a grant from YouthALIVE! (Youth Achievement through Learning Involvement, Volunteer and Employment!) through the Association of Science-Technology Centers.

All content from Kiddle encyclopedia articles (including the article images and facts) can be freely used under Attribution-ShareAlike license, unless stated otherwise. Cite this article:
Chabot Space and Science Center Facts for Kids. Kiddle Encyclopedia.