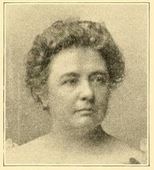 He was active as a Republican in state and national politics; was chairman of the Committee on Resolutions of the New York State Republican Conventions from 1874 to 1880 (excepting 1877), and was president of the convention of 1879; and was a delegate to several Republican National Conventions, drafting much of the Republican platforms of 1876 and 1896.

In 1890 to 1892 he was United States minister to Russia, and during that period had charge of distributing among the Russian famine sufferers five shiploads of food and other supplies, valued at an estimated $750,000. He was Postmaster General in the cabinet of Presidents McKinley and Roosevelt from April 1898 until January 1902, and did much to develop the rural free delivery system.

He died at his home in Philadelphia on January 19, 1908. He is buried at West Laurel Hill Cemetery in Bala Cynwyd, River Section, Lot 726.

All content from Kiddle encyclopedia articles (including the article images and facts) can be freely used under Attribution-ShareAlike license, unless stated otherwise. Cite this article:
Charles Emory Smith Facts for Kids. Kiddle Encyclopedia.