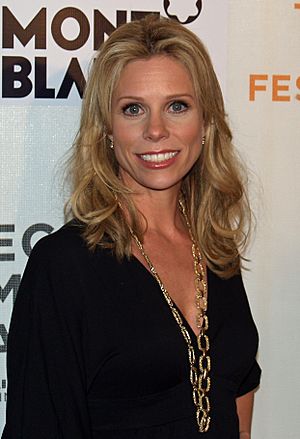 Cheryl Hines is an American actress and television director. She is most noted for playing Cheryl in the HBO show Curb Your Enthusiasm. She was born September 21, 1965, Miami Beach, Florida.

All content from Kiddle encyclopedia articles (including the article images and facts) can be freely used under Attribution-ShareAlike license, unless stated otherwise. Cite this article:
Cheryl Hines Facts for Kids. Kiddle Encyclopedia.