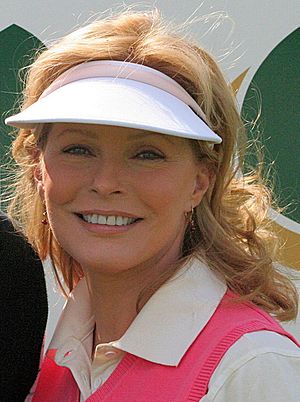 Cheryl Ladd (born Cheryl Jean Stoppelmoor, July 12, 1951 in Huron, South Dakota) is an American actress. Ladd is known for many television series and many movies. She is best known for her role as Kris Munroe in Charlie's Angels. She was with the show until 1981.

All content from Kiddle encyclopedia articles (including the article images and facts) can be freely used under Attribution-ShareAlike license, unless stated otherwise. Cite this article:
Cheryl Ladd Facts for Kids. Kiddle Encyclopedia.