Gideon represented in an Italian-made picture, holding a copy of "The Cricket" (Il Grillo Parlante)

The Clan McDuck is a fictional Scottish clan of cartoon ducks from which Disney character Scrooge McDuck is descended. Within the Donald Duck universe, the clan is related to the American Duck family through the marriage of Hortense McDuck and Quackmore Duck, Donald's parents.

Clan McDuck was created by American comic book author Carl Barks, who also created the character of Scrooge McDuck. Barks' 1948 story "The Old Castle's Secret," in which Scrooge and his nephews search for hidden treasure in McDuck Castle, introduced the backstory of the clan. Other authors built on Barks' work, most notably Don Rosa in his 12-part comic saga The Life and Times of Scrooge McDuck (1992–94) which introduced Scrooge's immediate family.

The seat of Clan McDuck

The seat of Clan McDuck is McDuck Castle (alternately called Castle McDuck) which is located in Dismal Downs, somewhere in Rannoch Moor, a non-fictional location within Scotland. The nearest village is the fictional MacDuich. The castle usually appears in good condition considering its great age. 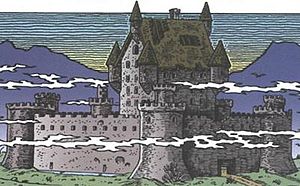 In the DuckTales continuity, Castle McDuck was built by Scrooge's great-great grandfather Silas who incorporated the castle into an existing Druid stone circle to save on construction costs. This story would date the castle itself to about the 18th century. The Druids, seeking revenge on the McDucks for taking away their sacred meeting place, scared the clan away using trained phosphorescent hounds. Years later, Scrooge returns with Huey, Dewey, Louie, and Webby and uncovers the mystery. 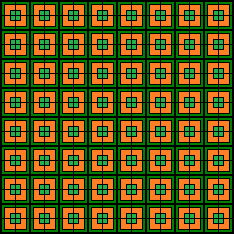 In 1942, five years before the creation of Scrooge McDuck as a character, the Disney corporation created and registered a yellow, red, and green tartan pattern called "MacDuck Final Version" and used it to sell war bonds during World War II.

In 1984, Disney also created a brown, green, and black tartan which was registered as "MacDuck" with the Scottish Tartans World Register, both the 1121 and 1080 patterns are non-fictional in nature and available as bolts of cloth or finished kilts and other garments from the House of Tartan.

The family tree below shows the McDuck portion of Donald's family tree according to Carl Barks.

This family tree is based on the work of Don Rosa.

All content from Kiddle encyclopedia articles (including the article images and facts) can be freely used under Attribution-ShareAlike license, unless stated otherwise. Cite this article:
Clan McDuck Facts for Kids. Kiddle Encyclopedia.