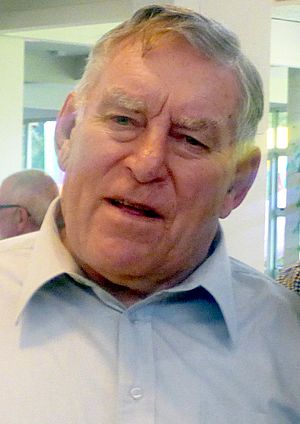 Meads was widely considered one of the greatest players in history. Nicknamed 'Pinetree', he was an icon within New Zealand rugby, and was named the country's Player of the Century at the NZRFU Awards in 1999.

All content from Kiddle encyclopedia articles (including the article images and facts) can be freely used under Attribution-ShareAlike license, unless stated otherwise. Cite this article:
Colin Meads Facts for Kids. Kiddle Encyclopedia.