Council of Constance facts for kids 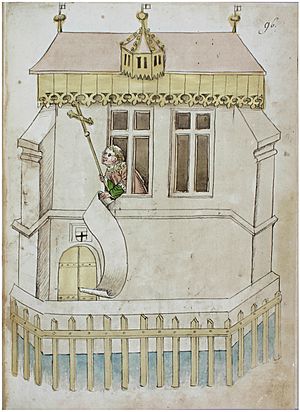 The Council of Constance was a council in the 15th century. It was held between 1414 and 1418. It took place in Constance (today known as Konstanz) in Switzerland.

The result of this ecumenical council by the Roman Catholic Church was a new Pope. His name was Pope Martin V.

All content from Kiddle encyclopedia articles (including the article images and facts) can be freely used under Attribution-ShareAlike license, unless stated otherwise. Cite this article:
Council of Constance Facts for Kids. Kiddle Encyclopedia.