Crowley is noted for its annual International Rice Festival. Crowley has the nickname of "Rice Capital of America", because at one time it was a major center for rice harvesting and milling. Today, Crowley still has a number of rice mills and rice is the main crop of many local farmers. In addition, in recent years, crawfish farming has become increasingly popular.

The Crowley High School "Fighting Gents" were State Division 3A Champs in the 1989 football season and had an 8-2 regular season. Crowley is also the home of Notre Dame High School. Notre Dame is a parish-wide Catholic school whose football program has won 5 state championships and numerous District Champion titles.

Crowley is the principal city of the Crowley Micropolitan Statistical Area, which includes all of Acadia Parish. It is also part of the larger Lafayette–Acadiana Combined Statistical Area. The town is named after Pat Crowley.

According to the United States Census Bureau, the city has a total area of 4.9 square miles (13 km2), all land. 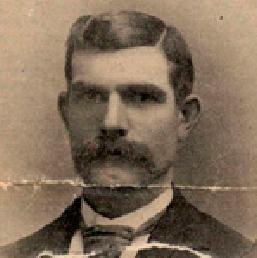 Crowley was founded in 1886 by C.C. Duson and W.W. Duson. Incorporated in 1887, W.W. Duson, General Manager of Southwest Louisiana Land Company, plotted and developed Crowley. W.W. Duson's daughter, Maime Duson, married Percy Lee Lawrence, who founded the First National Bank of Crowley. The 7-story building was once the tallest building between Houston and New Orleans. They lived with their three children, P.L. Jr., Pattee, and Jack at 219 East 2nd Street. The house is now on the historic register.

The town was named after Pat Crowley, an Irish railroad man who brought the railroad depot to W.W. Duson's land. Descendants of founder W.W. Duson, continue to live in Crowley.

All content from Kiddle encyclopedia articles (including the article images and facts) can be freely used under Attribution-ShareAlike license, unless stated otherwise. Cite this article:
Crowley, Louisiana Facts for Kids. Kiddle Encyclopedia.