Demography of Afghanistan facts for kids 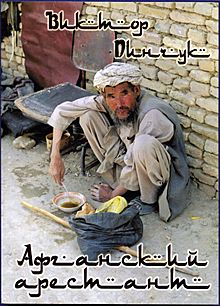 Afghan man on the cover of a book

Afghanistan has around 29.8 million people as of the year 2011. About 2.7 million Afghan refugees are living in Pakistan and Iran.

The country is multi-ethnic and multi-lingual. Most of Afghanistan's people are of the Iranic peoples. The Pashtun is the largest group followed by Tajik, Hazara, Uzbek, Aimak, Turkmen, Baloch and others.

Dari (Persian) and Pashto are both the official languages of the country.

Islam is the religion of more than 99% of Afghanistan.

All content from Kiddle encyclopedia articles (including the article images and facts) can be freely used under Attribution-ShareAlike license, unless stated otherwise. Cite this article:
Demography of Afghanistan Facts for Kids. Kiddle Encyclopedia.