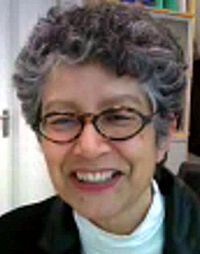 Denise Patrice Barlow (31 January 1950 – 21 October 2017) was a British geneticist. She was born in Yorkshire. She worked in the field of epigenomics.

Barlow was an elected member of European Molecular Biology Organization (EMBO), an honorary professor of genetics at the University of Vienna and received the Erwin Schrödinger Prize of the Austrian Academy of Sciences in 2014. Her discovery of the first mammalian imprinted gene, IGF2R, which codes for the insulin-like growth factor was her best known work.

Barlow died of pancreatic cancer in Vienna, Austria on 21 October 2017 at the age of 67.

All content from Kiddle encyclopedia articles (including the article images and facts) can be freely used under Attribution-ShareAlike license, unless stated otherwise. Cite this article:
Denise P. Barlow Facts for Kids. Kiddle Encyclopedia.