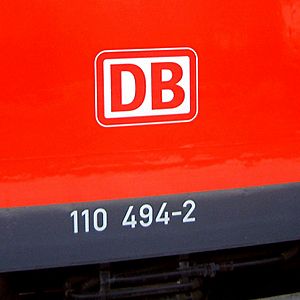 DB logo on a locomotive. 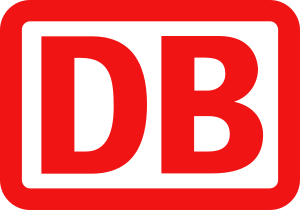 Deutsche Bahn AG (short DB AG or often only DB) is Europe's largest railway company. It runs over 30,000 trains a day and owns more than 5,000 stations. The company headquarters are in Berlin, Germany. 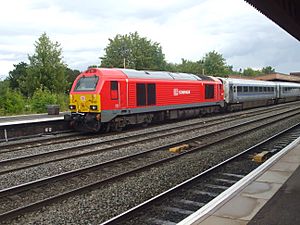 Deutsche Bahn is also active in the field of logistics and owns companies like Schenker. DB claim they are the second largest logistics company in the world.

All content from Kiddle encyclopedia articles (including the article images and facts) can be freely used under Attribution-ShareAlike license, unless stated otherwise. Cite this article:
Deutsche Bahn Facts for Kids. Kiddle Encyclopedia.