Drina Martyrs were Catholic nuns of the Congregation of the Daughters of Divine Charity. They were killed in Bosnia and Herzegovina between December 15 and 23, 1941 because of their religion. 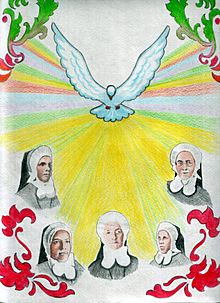 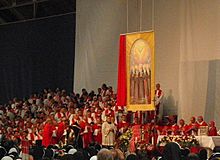 All content from Kiddle encyclopedia articles (including the article images and facts) can be freely used under Attribution-ShareAlike license, unless stated otherwise. Cite this article:
Drina Martyrs Facts for Kids. Kiddle Encyclopedia.