Drum and bass facts for kids 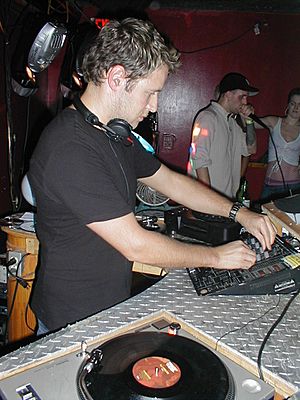 Drum and bass (also known as D&B or DnB) is a form of electronic dance music. It began in the 1990s in the United Kingdom.

It usually has a certain tempo and heavy bass. Disc jockeys sometimes play this music.

All content from Kiddle encyclopedia articles (including the article images and facts) can be freely used under Attribution-ShareAlike license, unless stated otherwise. Cite this article:
Drum and bass Facts for Kids. Kiddle Encyclopedia.