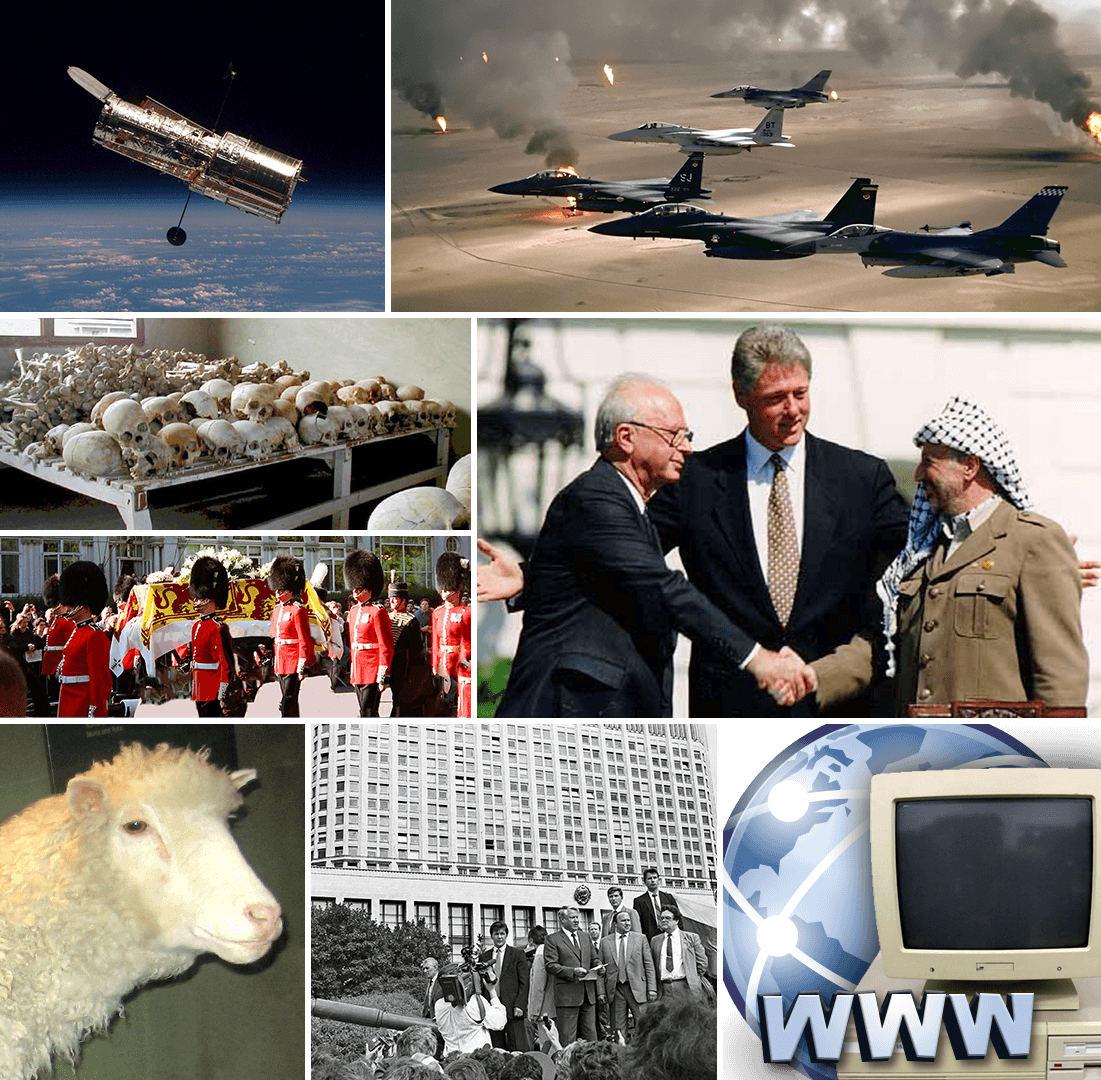 From left, clockwise: The Hubble Space Telescope orbits the Earth after it was launched in 1990; American F-16s and F-15s fly over burning oil fields in Operation Desert Storm, also known as the 1991 Gulf War; The signing of the Oslo Accords on 13 September 1993; The World Wide Web becomes more popular worldwide; Boris Yeltsin and followers stand on a tank against the August Coup, which leads to the end of the Soviet Union on 26 December 1991; Dolly the sheep is the first mammal to be cloned from an adult somatic cell; The funeral procession of Diana, Princess of Wales, who dies in 1997 from a car crash in Paris, and is mourned by millions; Hundreds of thousands of Tutsi people are killed in the Rwandan genocide of 1994.

Source for some items:

All content from Kiddle encyclopedia articles (including the article images and facts) can be freely used under Attribution-ShareAlike license, unless stated otherwise. Cite this article:
1990s Facts for Kids. Kiddle Encyclopedia.