Alicia Christian "Jodie" Foster (born November 19, 1962) is an American actress, director, and producer. Foster began her professional career as a child model when she was three years old in 1965, and two years later she moved to acting in television series, when she debuted on the sitcom Mayberry R.F.D.

In the late 1960s and early 1970s, she worked in several prime-time television series and starred in children's films. Foster's breakthrough came in 1976 when she starred in Taxi Driver for which she received a nomination for the Academy Award for Best Supporting Actress. Her other critically acclaimed roles as a teenager were in the musical Bugsy Malone (1976) and the thriller The Little Girl Who Lives Down the Lane (1976), and she became a popular teen idol by starring in Disney's Freaky Friday (1976), Candleshoe (1977), and Foxes (1980).

Foster struggled in her transition to adult roles until she won widespread critical acclaim for the film The Accused (1988), for which she won several awards, including an Academy Award for Best Actress. She won her second Academy Award three years later for her role in the sleeper hit The Silence of the Lambs. 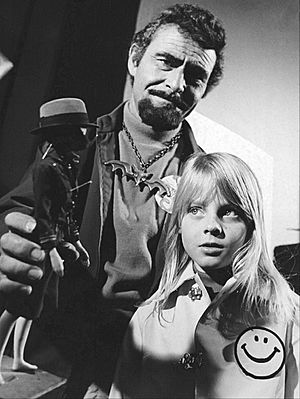 Foster made her debut as a film director the same year with the moderately successful Little Man Tate (1991), and founded her own production company, Egg Pictures, in 1992. The company's first production was Nell (1994), in which she also played the title role, gaining another nomination for an Academy Award. Her other films in the 1990s included period drama Sommersby, Western comedy Maverick (1994), science fiction film Contact (1997), and period drama Anna and the King (1999). Her second film direction was Home for the Holidays (1995).

Foster has often been cited as one of the best actresses of her generation. In addition to her two Academy Awards, Foster has won three BAFTA Awards, three Golden Globe Awards, a Screen Actors Guild Award and the Cecil B DeMille Award. For her work as a director, Foster has been nominated for two Directors Guild of America Awards and a Primetime Emmy Award. 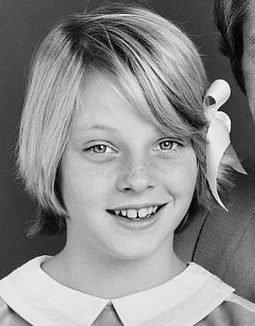 Foster was born in Los Angeles and was a gifted child who learned to read at the age of three. She attended a French-language prep school, the Lycée Français de Los Angeles. Her fluency in French has enabled her to act in French films, and she also dubs herself in French-language versions of most of her English-language films. She also understands Italian although does not speak it, as well as a little Spanish and German.

In interviews, Foster rarely talks about her private life, and she has explained that she "values privacy against all else" due to having spent most of her life in the public eye. Foster is openly lesbian and is married to actress Alexandra Hedison and lives in Los Angeles.

All content from Kiddle encyclopedia articles (including the article images and facts) can be freely used under Attribution-ShareAlike license, unless stated otherwise. Cite this article:
Jodie Foster Facts for Kids. Kiddle Encyclopedia.