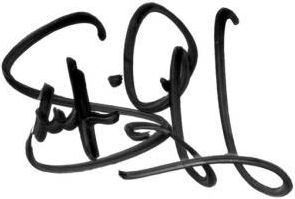 Stefanie Maria "Steffi" Graf; (born 14 June 1969) is a German former professional tennis player. She was ranked world No. 1 and won 22 Grand Slam singles titles. Her 22 singles titles put her second on the list of major wins in the female competition since the introduction of the Open Era in 1968 and is third all-time behind Margaret Court (24) and Serena Williams (23). In 1988, she became the first and only tennis player (male or female) to achieve the Golden Slam by winning all four Grand Slam singles titles and the Olympic gold medal in the same calendar year. Furthermore, she is the only tennis player to have won each Grand Slam tournament at least four times.

Graf was ranked world No. 1 by the Women's Tennis Association (WTA) for a record 377 total weeks—the longest period for which any player, male or female, has held the number-one ranking since the WTA and the Association of Tennis Professionals began issuing rankings. She won 107 singles titles, which ranks her third on the WTA's all-time list after Martina Navratilova (167 titles) and Chris Evert (157 titles). She and Margaret Court are the only players, male or female, to win three Grand Slam tournaments in a calendar year five times (1988, 1989, 1993, 1995 and 1996).

Notable features of Graf's game were her versatility across all playing surfaces, footwork and her powerful forehand drive. Graf's athletic ability and aggressive game played from the baseline have been credited with developing the modern style of play that has come to dominate today's game. She won six French Open singles titles (second to Evert), seven Wimbledon singles titles, four Australian Open titles, and five U.S. Open singles titles. She is the only singles player (male or female) to have achieved a Grand Slam since hard court was introduced as a surface at the US Open in 1978. Consequently, Graf's Grand Slam was achieved on grass, clay, and hard court while the previous five Grand Slams were decided on only grass and clay. Graf reached thirteen consecutive major singles finals, from the 1987 French Open through to the 1990 French Open, winning nine of them. She won 5 consecutive major singles tournaments (1988 Australian Open to 1989 Australian Open), and seven out of eight, in two calendar years (1988 Australian Open to 1989 US Open, except 1989 French Open). She reached a total of 31 major singles finals.

Along with countryman Boris Becker, Graf was considered instrumental in popularizing tennis in Germany, where it has remained a highly popular sport ever since.

Graf retired in 1999 while she was ranked world No. 3. She married former world No. 1 men's tennis player Andre Agassi in October 2001. They have two children – Jaden Gil and Jaz Elle. Graf was inducted into the Tennis Hall of Fame in 2004.

She is married to another retired tennis player Andre Agassi.

All content from Kiddle encyclopedia articles (including the article images and facts) can be freely used under Attribution-ShareAlike license, unless stated otherwise. Cite this article:
Steffi Graf Facts for Kids. Kiddle Encyclopedia.