Venus Ebony Starr Williams (born June 17, 1980) is an American professional tennis player. A former world No. 1 in both singles and doubles, Williams is generally regarded as one of the all-time greats of women's tennis and, along with younger sister Serena Williams, is credited with ushering in a new era of power and athleticism on the women's professional tennis tour.

Williams has been ranked world No. 1 by the Women's Tennis Association for a total of 19 weeks (11 in singles and 8 in doubles). She first reached the No. 1 ranking in singles on February 25, 2002, becoming the first African American woman to do so in the Open Era, and the second all time since Althea Gibson. She became the world No. 1 in doubles for the first time on June 7, 2010 alongside Serena, after the pair won their fourth consecutive Grand Slam doubles crown. Williams' seven Grand Slam singles titles are tied for 12th on the all-time list, and 8th on the Open Era list, more than any other active female player except her sister. She has reached 16 Grand Slam finals, most recently at Wimbledon in 2017. Her five Wimbledon singles titles tie her with two other women for eighth place on the all-time list, but give her sole possession of No. 4 on the Open Era List, trailing only the nine titles of Martina Navratilova and the seven of Serena Williams and Steffi Graf. From the 2000 Wimbledon Championships to the 2001 US Open, Williams won four of the six Grand Slam singles tournaments in that span. At the 2020 French Open, Williams extended her record as the all-time leader, male or female, in Grand Slams played, with 87. With her run to the 2017 Wimbledon singles final, she broke the record for longest time between first and most recent grand slam singles finals appearances. Williams was twice the season prize money leader in 2001 and 2017, and currently ranks second behind Serena in career prize money earned with over $41.8 million. She has also won 14 Grand Slam Women's doubles titles, all with Serena Williams; the pair is unbeaten in Grand Slam doubles finals.[19] Williams also has two Mixed Doubles titles. Her combined total of 23 Grand Slam titles across all disciplines is tied with Steffi Graf for the fourth-most by a women's player in the Open Era behind Martina Navratilova, Serena, and Martina Hingis.

Williams has won four Olympic gold medals, one in singles and three in women's doubles with her sister, along with a silver medal in mixed doubles, tying her with Kathleen McKane Godfree for the most Olympic medals won by a male or female tennis player in history. At the 2000 Sydney Olympics, Williams became only the second player to win Olympic gold medals in both singles and doubles at one Olympic Games, after Helen Wills Moody at the 1924 Summer Olympics (she was followed by her sister in 2012). After winning silver in mixed doubles with Rajeev Ram at the 2016 Rio de Janeiro Olympics, Williams became the first tennis player to win a medal at four separate Olympic games, as well as the first player in the Open Era to win an Olympic medal in all three events (singles, doubles, mixed). She and Serena are also the only tennis players in history with four Olympic gold medals, as well as the only ones to win Olympic gold in the same event on three separate occasions.

With 49 WTA singles titles, Williams trails only her sister Serena Williams among active players on the WTA Tour with most singles titles. Along with her 22 WTA doubles titles and two mixed doubles titles, Venus' combined total of 73 WTA titles is also second among active players behind Serena. Her 35-match winning streak from the 2000 Wimbledon Championships to the 2000 Generali Ladies Linz tournament final is the longest since January 1, 2000. She is also one of only two active WTA players to have reached the finals of all four Grand Slams, along with sister Serena. 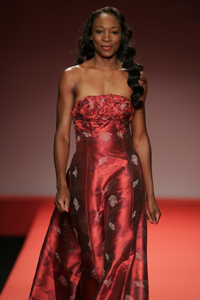 On December 13, 2007, Williams received her associate degree in fashion design from the Art Institute of Fort Lauderdale.

In 2011, Williams was forced to withdraw from the US Open before her second-round match, following a Sjögren's syndrome diagnosis. After the diagnosis, she adopted a vegan diet, as well as reducing her intake of calories and sugars, which helped get her back to match winning fitness.

In 2015, Williams received a Bachelor of Science degree in Business Administration from Indiana University East. Starting in 2011, she completed the degree through a reciprocal agreement between the university and the Women's Tennis Association which allows athletes to play tennis professionally while studying online. Her ultimate goal is to get an MBA in the near future.

Williams is a Jehovah's Witness.

Williams dated golfer Hank Kuehne, and was a visible presence from the time of Wimbledon 2007 until 2010. In 2012, Williams met Cuban model Elio Pis and started dating until 2015. Williams dated publishing heir Nicholas Hammond for two years until 2019.

All content from Kiddle encyclopedia articles (including the article images and facts) can be freely used under Attribution-ShareAlike license, unless stated otherwise. Cite this article:
Venus Williams Facts for Kids. Kiddle Encyclopedia.