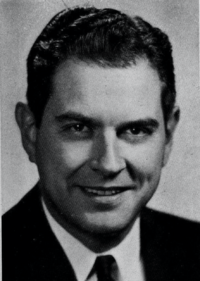 At the time of his death, McManus was the longest serving living federal judge.

McManus was born in Keokuk, Iowa. He studied at the University of Iowa. McManus died on March 20, 2017 in Cedar Rapids, Iowa, aged 97.

All content from Kiddle encyclopedia articles (including the article images and facts) can be freely used under Attribution-ShareAlike license, unless stated otherwise. Cite this article:
Edward Joseph McManus Facts for Kids. Kiddle Encyclopedia.