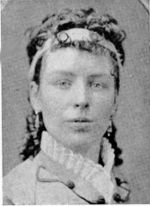 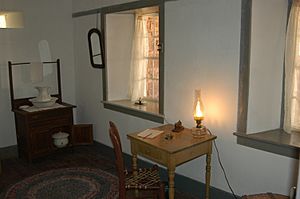 A daughter of Mormon pioneer Levi Stewart, she was born in Salt Lake City, Utah. In 1870, at the request of Brigham Young, she studied Morse code and moved to Pipe Spring, Arizona, to work for the Deseret Telegraph Company. Thus she became the first telegraph operator in Arizona. Later, working in Kanab, Utah, she telegraphed to Washington, D.C., the news of John Wesely Powell's Second Expedition of the Colorado River.

In 1875, she married David King Udall. They moved to Saint Johns, Arizona in 1880, where David was a LDS Bishop. Their marriage produced 8 children. A lifelong member of The Church of Jesus Christ of Latter-day Saints, she consented to her husband's participation in plural marriage, though David's second wife (Ida Hunt) lived in another town.

In 1969, the actress Lane Bradbury played a young Eliza "Ella" Stewart at Pipe Spring in the syndicated television series, Death Valley Days, hosted by Robert Taylor not long before Taylor's own death. In the episode "A Key for the Fort", Miss Stewart sends the first telegraph message from Arizona and works with her Aunt Cora (Ivalou Redd) to nurse an ill Ute chief, Black Wing (George Keymas), back to health. The episode also stars Gregg Palmer as Jacob. It was filmed at Pipe Spring National Monument.

All content from Kiddle encyclopedia articles (including the article images and facts) can be freely used under Attribution-ShareAlike license, unless stated otherwise. Cite this article:
Eliza Stewart Udall Facts for Kids. Kiddle Encyclopedia.