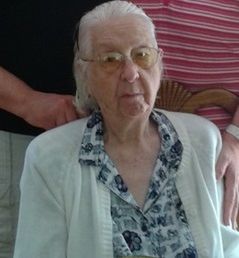 Elsie Quarterman (November 28, 1910 – June 9, 2014) was an American plant ecologist. She was a Professor Emerita at Vanderbilt University. She is known for her work on the ecology of Tennessee cedar glades.

Quarterman was born on November 28, 1910 in Valdosta, Georgia. She earned a B.A. from Georgia State Women's College (now Valdosta State University) in 1932 and earned an M.A. in botany from Duke University in 1943.

All content from Kiddle encyclopedia articles (including the article images and facts) can be freely used under Attribution-ShareAlike license, unless stated otherwise. Cite this article:
Elsie Quarterman Facts for Kids. Kiddle Encyclopedia.