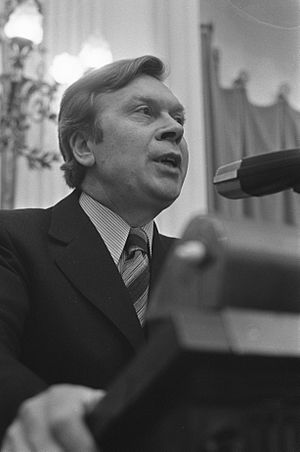 After being an alderman of Almelo from 1974 to 1978, he served a ten-year term as mayor of Avereest (Overijssel).

Wieldraaijer was born in Borne (Overijssel) and died in Enschede (same province), aged 89.

All content from Kiddle encyclopedia articles (including the article images and facts) can be freely used under Attribution-ShareAlike license, unless stated otherwise. Cite this article:
Ep Wieldraaijer Facts for Kids. Kiddle Encyclopedia.