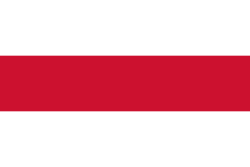 Enschede is a city in the east of the Netherlands. It has about 140,000 inhabitants. On May 13, 2000 there was a huge destruction by an accident in a factory for fireworks. Twenty-three people were killed, while almost a thousand people were injured. Thousands of people lost their homes.

All content from Kiddle encyclopedia articles (including the article images and facts) can be freely used under Attribution-ShareAlike license, unless stated otherwise. Cite this article:
Enschede Facts for Kids. Kiddle Encyclopedia.