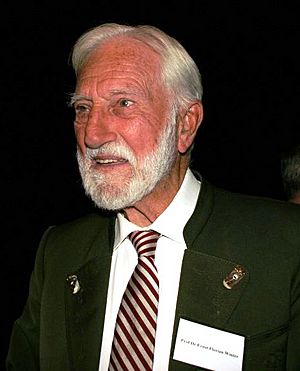 Ernst Florian Winter (16 December 1923 – 16 April 2014) was an Austrian-American historian and political scientist. He was the first director of the Diplomatic Academy of Vienna after World War II. He was also the chairman of the International Council of the Austrian Service Abroad. He was born in Vienna.

All content from Kiddle encyclopedia articles (including the article images and facts) can be freely used under Attribution-ShareAlike license, unless stated otherwise. Cite this article:
Ernst Florian Winter Facts for Kids. Kiddle Encyclopedia.