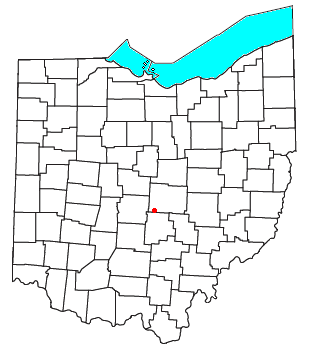 Etna (formerly Carthage) is an unincorporated community in southwestern Licking County, Ohio, United States. It lies at an elevation of 1063 feet (324 m) at the intersection of U.S. Route 40 and State Route 310. It was listed as a census-designated place in 2010.

Etna was originally called Carthage, and under the latter name was laid out in 1832 when the National Road was being built to that point. The present name is derived from Etna Township. A post office called Etna has been in operation since 1833.

All content from Kiddle encyclopedia articles (including the article images and facts) can be freely used under Attribution-ShareAlike license, unless stated otherwise. Cite this article:
Etna, Licking County, Ohio Facts for Kids. Kiddle Encyclopedia.