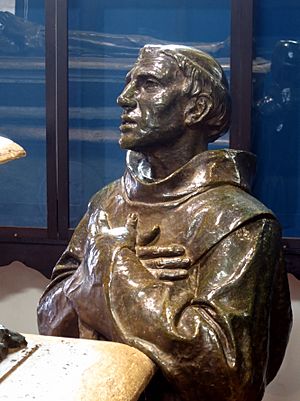 He also oversaw the expansion of many of the California mission sites and helped many other missions like Mission San Gabriel Arcángel.

All content from Kiddle encyclopedia articles (including the article images and facts) can be freely used under Attribution-ShareAlike license, unless stated otherwise. Cite this article:
Fermín Lasuén Facts for Kids. Kiddle Encyclopedia.