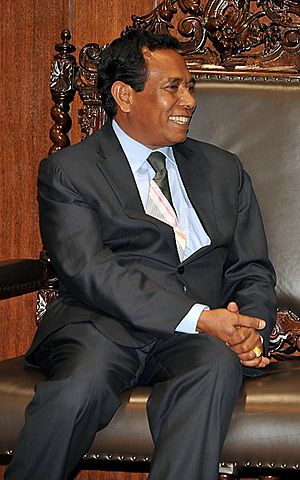 Araújo was born in Manutaci, Ainaro District, in what was then Portuguese Timor. At the age of 12, he witnessed all 18 members of his family massacred by the Indonesian Army. He studied literature in Bali, Indonesia. He was married to Jacqueline Aquino Siapno of Dagupan City, Philippines.

All content from Kiddle encyclopedia articles (including the article images and facts) can be freely used under Attribution-ShareAlike license, unless stated otherwise. Cite this article:
Fernando de Araújo (East Timorese politician) Facts for Kids. Kiddle Encyclopedia.