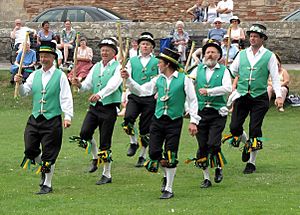 Morris dancing in the grounds of Wells Cathedral, England

A folk dance is a dance that has some or all of the following:

Even though some people argue with it, folk dancing can be dancing for with no governing body or dancing for which there are no competitive or professional performances. 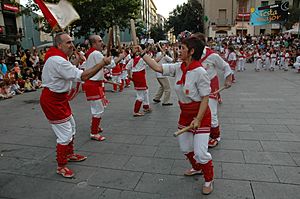 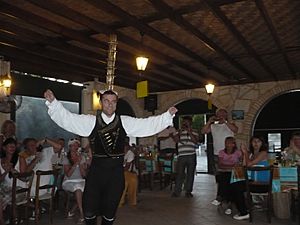 Types of European folk dance include:

All content from Kiddle encyclopedia articles (including the article images and facts) can be freely used under Attribution-ShareAlike license, unless stated otherwise. Cite this article:
Folk dance Facts for Kids. Kiddle Encyclopedia.