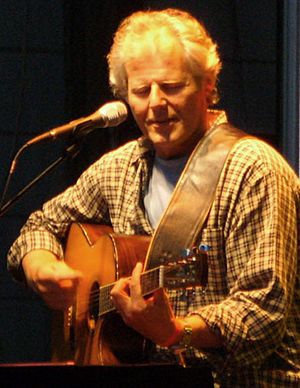 Georg Franz Danzer (born October 7, 1946 in Vienna, died June 21, 2007, in Asperhofen) was an Austrian musician. He wrote and sang many songs. Many people think of him as the father of Austropop. This is because he usually sang his songs in the local dialect. He died of lung cancer at age 60.

All content from Kiddle encyclopedia articles (including the article images and facts) can be freely used under Attribution-ShareAlike license, unless stated otherwise. Cite this article:
Georg Danzer Facts for Kids. Kiddle Encyclopedia.