Map showing the location of Gotland 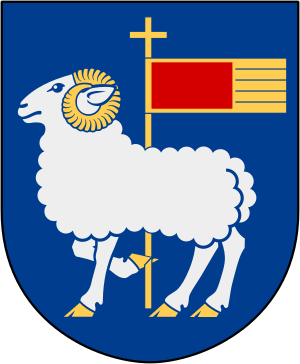 Coat of arms of Gotland

Gotland is an island on the east coast of Sweden. It has a total area of 2,994 square km. It is also the biggest Swedish island. Visby is the biggest city on Gotland.

All content from Kiddle encyclopedia articles (including the article images and facts) can be freely used under Attribution-ShareAlike license, unless stated otherwise. Cite this article:
Gotland Facts for Kids. Kiddle Encyclopedia.