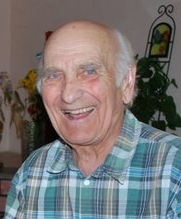 Harald Nugiseks (22 October 1921 – 2 January 2014) was an SS-Oberscharführer (Sergeant) in World War II. He served at his own free will in the 20th Waffen Grenadier Division of the SS (1st Estonian) of the Waffen SS. He was also one of the four Estonian soldiers who received the Knight's Cross of the Iron Cross. He was born in Karjaküla, Särevere Parish, Järva County.

All content from Kiddle encyclopedia articles (including the article images and facts) can be freely used under Attribution-ShareAlike license, unless stated otherwise. Cite this article:
Harald Nugiseks Facts for Kids. Kiddle Encyclopedia.