Harrison is a census-designated place (CDP) in Hamilton County, Tennessee, United States. The population was 7,769 at the 2010 census. It is part of the Chattanooga metropolitan area. Harrison Bay State Park, the Hamilton County Landfill, Bear Trace Golf Course, a course designed by Jack Nicklaus, and Skull Island, a recreational area owned by TVA, are all located in Harrison.

The town developed southeast of Vann's Ferry (Vann Town), a ferry crossing established by James Vann, a prominent Cherokee trader and planter. It was later named Harrison after President William Henry Harrison and became the seat of Hamilton County in 1840. The county seat was later moved to Chattanooga, Tennessee, after the Civil War. The first post office was opened on June 16, 1841. In 1870 the Hamilton County Courthouse was moved from Harrison to Chattanooga.

Harrison's borders were once larger than today. When the Chickamauga Dam was completed on the Tennessee River by the Tennessee Valley Authority in 1940, much of the city was flooded, as portrayed in the 1960 movie Wild River. Some parts of the old city, such as old building foundations, roads, and guard rails, can still be seen, especially in and around Harrison Bay, named for the submerged town. Harrison Bay State Park is a TVA-built park in the area now. 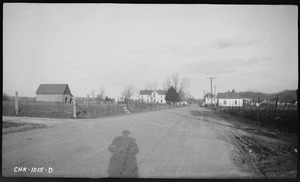 There were 2,856 households out of which 35.0% had children under the age of 18 living with them, 65.8% were married couples living together, 10.6% had a female householder with no husband present, and 20.1% were non-families. 16.6% of all households were made up of individuals and 5.1% had someone living alone who was 65 years of age or older. The average household size was 2.67 and the average family size was 3.00.

Harrison Bay State Park is located in Harrison. It is a 1200-acre park that was developed in the 1930s and covers part of the Chickamauga Lake shoreline. Other recreation located nearby are: Skull Island (Birchwood), Booker T. Washington State Park (Bartlebaugh) and an assortment of Civil War Parks and other tourist attractions in and around Chattanooga.

All content from Kiddle encyclopedia articles (including the article images and facts) can be freely used under Attribution-ShareAlike license, unless stated otherwise. Cite this article:
Harrison, Tennessee Facts for Kids. Kiddle Encyclopedia.