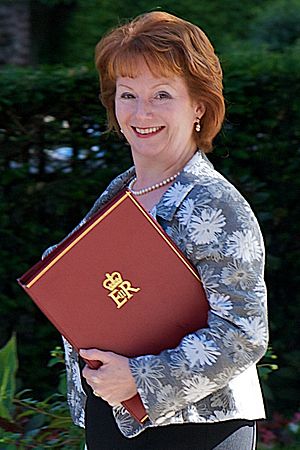 She held several government posts under Prime Ministers Tony Blair and Gordon Brown, including Secretary of State for Communities and Local Government, up until the 2010 general election

She is a member of the Labour Party.

All content from Kiddle encyclopedia articles (including the article images and facts) can be freely used under Attribution-ShareAlike license, unless stated otherwise. Cite this article:
Hazel Blears Facts for Kids. Kiddle Encyclopedia.