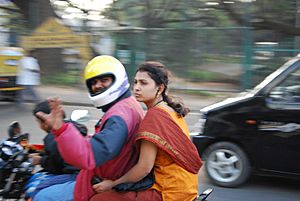 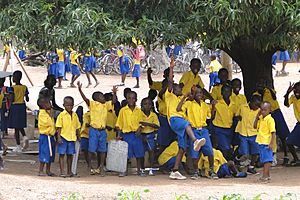 Hello is a greeting in the English language. It is common between two people in a non-formal (informal) setting, but can also be used in a formal setting. There are also many other ways of saying "hello", for example a wave of the hand, a salute or a bow (both very formal), a handshake (a little formal) or a high five (very informal). Saying "hello" is a sign of politeness, especially when it is said in a friendly way. "Hello" was first used in writing in about 1833.

Many people say "Hello" when they answer a phone call.

Other greetings like "hello" include; Hi, Hallo, Hiya, Howdy, Hey, Howya, 'Sup, Yo, 'Yello, Herro, hiwo, Greetings, Good day, what's poppin', G’day mate, top of the mornin’ to you, and many more. 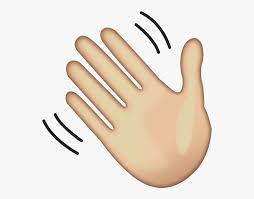 Hand waving emoji which can mean "hello" or "goodbye".

People then often say “goodbye” when they leave each other. “goodbye” is a shortened version of the religious farewell expression “god be with ye”, which indicates the user’s religious belief, usually in a single god. Similar expressions exist in other languages such as: adieu, adieus, adieux, adios. These terms also possess religious undertones as they are derived from the Latin word “deus”, meaning “god”. This of course does not always mean they are religious.

All content from Kiddle encyclopedia articles (including the article images and facts) can be freely used under Attribution-ShareAlike license, unless stated otherwise. Cite this article:
Hello Facts for Kids. Kiddle Encyclopedia.