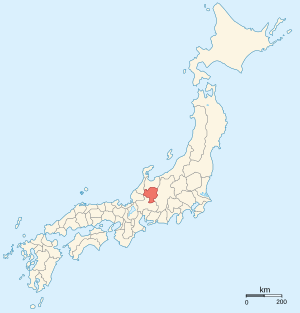 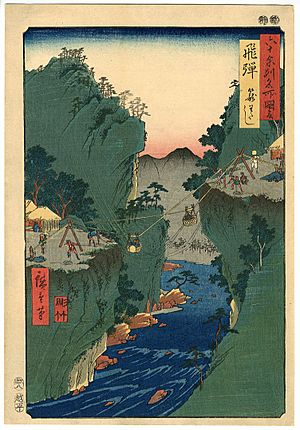 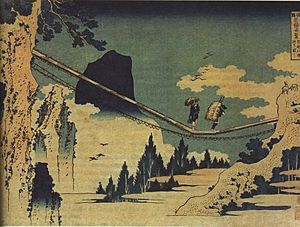 In the late 1580s, Kanamori Nagachika occupied Hida Province. Kanamori's heirs held the province through the Edo Period when it came under direct rule by the Tokugawa shogunate.

In the Meiji period, the provinces of Japan were converted into prefectures. The maps of Japan and Hida Province were reformed in the 1870s.

Hidaichinomiya-Minashi jinja was the chief Shinto shrine (ichinomiya) of Hida.

All content from Kiddle encyclopedia articles (including the article images and facts) can be freely used under Attribution-ShareAlike license, unless stated otherwise. Cite this article:
Hida Province Facts for Kids. Kiddle Encyclopedia.