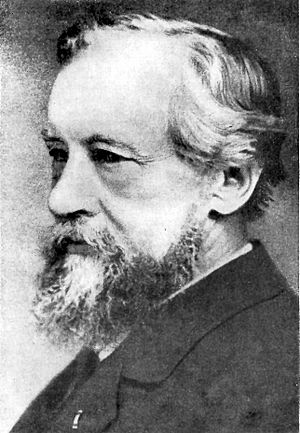 Hugo Marie de Vries (Haarlem, 16 February 1848 – Lunteren, 21 May 1935) was a Dutch botanist and one of the first geneticists. He suggested the concept of genes, rediscovered Gregor Mendel's laws of heredity, and introduced the term mutation. He developed a mistaken mutation theory of evolution, mainly due to the peculiarities of his favourite organism, the Evening Primrose (Oenothera lamarckiana).

All content from Kiddle encyclopedia articles (including the article images and facts) can be freely used under Attribution-ShareAlike license, unless stated otherwise. Cite this article:
Hugo de Vries Facts for Kids. Kiddle Encyclopedia.