Insulin is a hormone made by the pancreas in the body that controls the glucose level in the blood.

People who cannot make insulin in their bodies, or who make it but their body cannot use it properly, have the disease diabetes. When blood glucose levels fall below a certain level, the human body begins to use stored sugar as an energy source through glycogenolysis. This process breaks down the glycogen stored in the liver and muscles into glucose which can then be used as an energy source. Insulin is a central metabolic control mechanism. Insulin is also used as a control signal to other body systems (such as amino acid uptake by body cells). In addition, it has several other anabolic effects throughout the body. Insulin affects vascular compliance and cognition.

Human insulin is a peptide hormone composed of 51 amino acids and has a molecular weight of 5808 Da. The islets of Langerhans in the pancreas produces insulin. The name comes from the Latin insula for "island". Insulin's structure varies slightly between species of animals. Insulin from different animal sources has different effects on the human carbohydrate metabolism process. Porcine insulin is especially close to the human version. So, people with diabetes can take in insulin extracted from pigs instead of producing their own insulin. 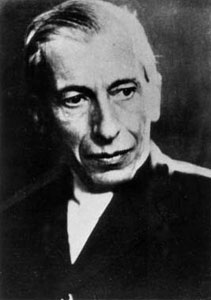 Nicolae Paulescu, a Romanian professor of physiology at the University of Medicine and Pharmacy in Bucharest, was the first to isolate insulin. He did that in 1916. He called it pancrein. He isolated it by developing an aqueous pancreatic extract which, when injected into a diabetic dog, proved to have a normalizing effect on blood sugar levels. He had to interrupt his experiments because the World War I. In 1921 he wrote four papers about his work carried out in Bucharest and his tests on a diabetic dog. Later that year, he detailed his work by publishing an extensive whitepaper on the effect of the pancreatic extract injected into a diabetic animal, which he called: "Research on the Role of the Pancreas in Food Assimilation".

Dr. Frederick Banting and Dr. Charles Best also did similar experiments while trying to find a cure for diabetes. In these experiments they used dogs.

They first knew insulin would control diabetes in a person when they injected some insulin into a 14 year old boy named Leonard Thompson who was dying of diabetes. After the injection he survived. Banting won the 1923 Nobel Prize in Physiology or Medicine, along with John Macleod, for the discovery of insulin. Best and Paulescu were not honored at that time.

The first genetically-engineered, synthetic "human" insulin was produced in a laboratory in 1977 by Herbert Boyer using E. coli.

All content from Kiddle encyclopedia articles (including the article images and facts) can be freely used under Attribution-ShareAlike license, unless stated otherwise. Cite this article:
Insulin Facts for Kids. Kiddle Encyclopedia.