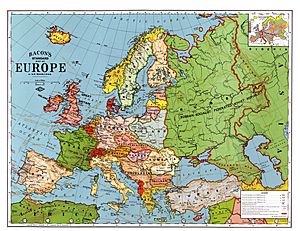 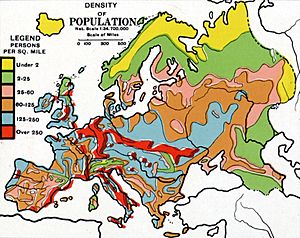 In the context of the history of the 20th century, the interwar period was the period between the end of the First World War in November 1918 and the beginning of the Second World War in September 1939.

Despite the relatively short period of time, this period represented an era of significant changes worldwide. Petroleum and associated mechanisation expanded dramatically leading to the Roaring Twenties (and the Golden Twenties), a period of economic prosperity and growth for the middle class in North America, Europe and many other parts of the world. Automobiles, electric lighting, radio broadcasts and more became commonplace among populations in the developed world. The indulgences of this era subsequently led to the Great Depression, an unprecedented worldwide economic downturn which severely damaged many of the world's largest economies.

This period began many changes internationally. During this time the League of Nations was created, which was made to bring peace to the World, however this league did a bad job in preventing problems with Germany, which broke its treaty it signed in 1918. Also with the growing threat of Japan, and the invasion of China. Soon the Soviet Union and Italy were beginning to rise as international powers. All of this happened between this 21 years, and soon trigger World War II.

All content from Kiddle encyclopedia articles (including the article images and facts) can be freely used under Attribution-ShareAlike license, unless stated otherwise. Cite this article:
Interwar period Facts for Kids. Kiddle Encyclopedia.