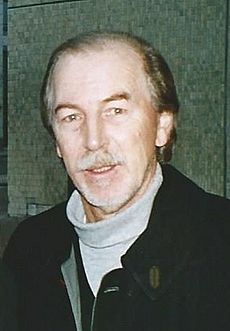 Grabowski was born in Wiesbaden. Grabowski, originally a forward, then later an attacking midfielder or a winger, started his career with SV Biebrich 1919 and FV Biebrich 1902 of Wiesbaden. In 1965 he joined Eintracht Frankfurt. With this team he won the German Cup in 1974 and 1975 and the UEFA Europa League in 1980. Injury prevented him from participating in the 1980 UEFA Cup finals.

In European Cup competitions he made 40 appearances and scored nine goals.

He played 44 caps for the West Germany national team and scored five goals. He was a member of the squad that finished second in the World Cup tournaments of 1966, when he did not play. In Mexico 1970, Grabowski was called the best substitute in the world. In the game against Italy, Grabowski hit the cross to defender Karl-Heinz Schnellinger. The German professional, who played for an Italian club, scored the equalizing goal in the last second. The semi-final game was lost 4–3 after extra time. In 1972, he became European champion. Grabowski was also participant at the 1974 FIFA World Cup in Germany. In 1974, he scored in West Germany's 4–2 win over Sweden in the second round. On his 30th birthday, he and his Eintracht teammate Bernd Hölzenbein became world champions on 7 July 1974 at the Munich Olympic Stadium.

His career ended in 1980 after he was injured by Lothar Matthäus. For a short time he was manager of Eintracht Frankfurt. Grabowski was honorary captain of Eintracht.

Grabowski lived in Taunusstein, Hesse. In his last years, he was a dialysis patient. He died in Wiesbaden on 10 March 2022, at the age of 77.

All content from Kiddle encyclopedia articles (including the article images and facts) can be freely used under Attribution-ShareAlike license, unless stated otherwise. Cite this article:
Jürgen Grabowski Facts for Kids. Kiddle Encyclopedia.