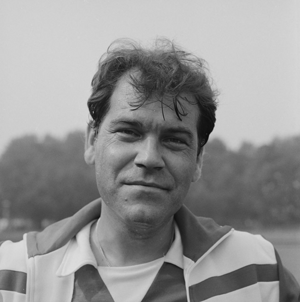 Jan de Graaff (21 April 1943 – 30 March 2014) was a Dutch television journalist. He started his job in 1962 for the news agency UPI, from 1966 he worked for VARA on radio and television, including as editor of Behind the News. He was born in The Hague, South Holland.

All content from Kiddle encyclopedia articles (including the article images and facts) can be freely used under Attribution-ShareAlike license, unless stated otherwise. Cite this article:
Jan de Graaff Facts for Kids. Kiddle Encyclopedia.