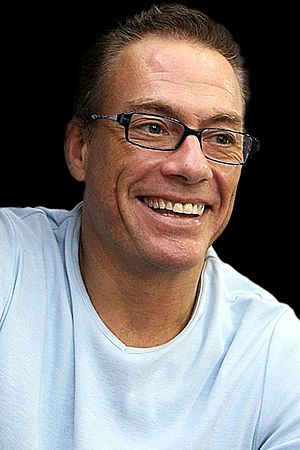 Van Damme was born Jean-Claude Camille François Van Varenberg, on 18 October 1960, in Berchem-Sainte-Agathe, Brussels, Belgium, the son of Eliana and Eugène Van Varenberg. His father is Walloon (French-speaking) from Brussels, and his mother is Flemish (Dutch-speaking).

He began martial arts at the age of ten, enrolled by his father in a Shōtōkan Karate School. His styles consist of Shōtōkan Karate and Kickboxing. He eventually earned his black belt in karate at 18. He started lifting weights to improve his physique, which eventually led to a Mr. Belgium bodybuilding title.

At the age of 12, Van Damme joined the Centre National De Karaté (National Center of Karate) under the guidance of Claude Goetz in Belgium. Van Damme trained for four years and he earned a spot on the Belgian Karate Team; later training in full-contact karate and kickboxing.

At the age of 16, he took up ballet, which he studied for five years. According to Van Damme, ballet "is an art, but it's also one of the most difficult sports. If you can survive a ballet workout, you can survive a workout in any other sport." Later he took up both Taekwondo and Muay Thai. Van Damme retired from competition in 1982.

In 1982, Van Damme and friend moved to the United States in the hope to work as actors They did a variety of jobs to support themselves. Their first job working on a film as extras in the hip hop dance film Breakin' (1984). They are seen dancing in the back ground at a dance demonstration.

Around that time he developed a friendship with action martial art movie star Chuck Norris. They started sparing together, and Van Damme started to work as a bouncer at a bar named Woody's Wharf, owned by Norris. In 1984, he worked in the stunt team in the Norris action film Missing in Action.

All content from Kiddle encyclopedia articles (including the article images and facts) can be freely used under Attribution-ShareAlike license, unless stated otherwise. Cite this article:
Jean-Claude Van Damme Facts for Kids. Kiddle Encyclopedia.