John Denis Martin Nunn (born 25 April 1955 in London) is an English chess grandmaster, a three-time world champion in chess problem solving, a chess writer and publisher, and a mathematician. He is one of England's strongest chess players and was formerly in the world's top ten.

As a junior, Nunn showed a prodigious talent for the game and in 1967, at twelve years of age, he won the British under-14 Championship. At fourteen, he was London Under-18 Champion for the 1969/70 season and less than a year later, at just fifteen years of age, he proceeded to Oriel College, Oxford, to study mathematics. At the time, Nunn was Oxford's youngest undergraduate since Cardinal Wolsey in 1520. Graduating in 1973, he went on to gain his Doctor of Philosophy degree in 1978 with a thesis on finite H-spaces supervised by John Hubbuck. Nunn remained in Oxford as a mathematics lecturer until 1981, when he became a professional chess player.

In 1975, he became the European Junior Chess Champion. He gained the Grandmaster title in 1978 and was British champion in 1980. Nunn has twice won individual gold medals at Chess Olympiads. In 1989, he finished sixth in the inaugural 'World Cup', a series of tournaments in which the top 25 players in the world competed. His best performance in the World Chess Championship cycle came in 1987, when he lost a playoff match against Lajos Portisch for a place in the Candidates Tournament. At the prestigious Hoogovens tournament (held annually in Wijk aan Zee) he was a winner in 1982, 1990 and 1991. 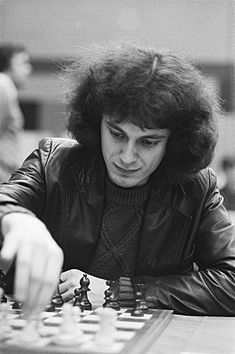 Nunn achieved his highest Elo rating of 2630 in January 1995. Six years earlier, in January 1989, his then rating of 2620 was high enough to elevate him into the world's top ten, where he shared ninth place. This was close to the peak of the English chess boom, and there were two English players above him on the list: Nigel Short (world number three, 2650) and Jonathan Speelman (world number five, 2640). Nunn has now retired from serious tournament play and, until he resurfaced as a player in two Veterans events in 2014 and 2015, had not played a FIDE-rated game since August 2006; however, he has been active in the ECF rapid play.

As well as being a strong player, Nunn is regarded as one of the best contemporary authors of chess books. He has penned many books, including Secrets of Grandmaster Chess, which won the British Chess Federation Book of the Year award in 1988, and John Nunn's Best Games, which took the award in 1995. He is the director of chess publishers Gambit Publications. Chess historian Edward Winter has written of him:

A polymath, Nunn has written authoritative monographs on openings, endings and compositions, as well as annotated games collections and autobiographical volumes. As an annotator he is equally at home presenting lucid prose descriptions for the relative novice and analysis of extreme depth for the expert.

In a 2010 interview, Magnus Carlsen explained that he thought extreme intelligence could actually be a hindrance to one's chess career. As an example of this, he cited Nunn's failure to have ever won the World Chess Championship:

He has so incredibly much in his head. Simply too much. His enormous powers of understanding and his constant thirst for knowledge distracted him from chess.

Nunn is also involved with chess problems, composing several examples and solving as part of the British team on several occasions. On this subject he wrote Solving in Style (1985). He won the World Chess Solving Championship in Halkidiki, Greece, in September 2004 and also made his final GM norm in problem solving. There were further wins of the World Championship in 2007 and in 2010. He is the third person ever to gain both over-the-board and solving GM titles (the others being Jonathan Mestel and Ram Soffer; Bojan Vučković has been the fourth since 2008).

Nunn has long been interested in computer chess. In 1984, he began annotating games between computers for Personal Computer World magazine, and joined the editorial board of Frederic Friedel's Computerschach & Spiele- magazine. In 1987, he was announced as the first editor of the newly created Chessbase magazine. The 1992 release of his first book making use of chess endgame tablebases, Secrets Of Rook Endings, was later followed by Secrets of Minor-Piece Endings, and Secrets Of Pawnless Endings. These books include human-usable endgame strategies found by Nunn (and others) by extensive experimentation with tablebases, and new editions have come out and are due as more tablebases are created and tablebases are more deeply data-mined. Nunn is thus (as of 2004) the foremost data miner of chess endgame tablebases.

Nunn is married to Petra Fink-Nunn, a German chess player with the title Woman FIDE Master. They have a son, Michael.

Coincident with a reduction in his over-the-board chess, Nunn has developed a passion for astronomy, a hobby he shares with ex-world chess champion Viswanathan Anand. Nunn regards himself as a keen amateur in the field, but the various articles and lectures featured by Chessbase News demonstrate that his knowledge of the topic is quite considerable.

All content from Kiddle encyclopedia articles (including the article images and facts) can be freely used under Attribution-ShareAlike license, unless stated otherwise. Cite this article:
John Nunn Facts for Kids. Kiddle Encyclopedia.