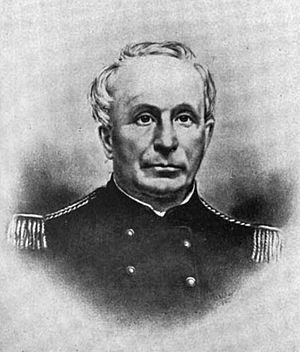 Born in Cornwall, Vermont, Sanford attended the district schools. He moved to Hopkinton, New York, in 1811. Enlisted as a volunteer for the War of 1812 and participated in the battle at Plattsburgh, September 11, 1814. He was appointed Justice of the Peace in 1818 and served for twenty-two years. He studied law. He was admitted to the bar and practiced in Franklin County. Town Supervisor of Hopkinton 1823-1826. Commissioned a captain of Volunteer Cavalry in 1827. He was promoted to lieutenant colonel in 1828, colonel in 1831, and brigadier general of state militia in 1832 and 1833. He was a member of the New York State Assembly in 1829 and 1830.

Sanford was elected as a Jacksonian to the Twenty-first Congress to fill the vacancy caused by the resignation of Silas Wright, Jr., and served from November 3, 1830, to March 3, 1831. He served as judge of the court of common pleas 1831-1837. He served as delegate to the convention to revise the State constitution in 1846. He became a Republican upon the formation of that party in 1856. During the American Civil War, Sanford raised the 92nd New York Volunteer Infantry and was elected its colonel. He died in Hopkinton, St. Lawrence County, New York, on December 25, 1867. He was interred in Hopkinton Cemetery.

All content from Kiddle encyclopedia articles (including the article images and facts) can be freely used under Attribution-ShareAlike license, unless stated otherwise. Cite this article:
Jonah Sanford Facts for Kids. Kiddle Encyclopedia.