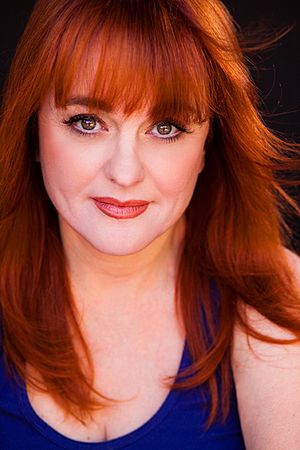 Julie Ann Brown (born August 31, 1958) is a comedian and movie actress who often parodies other celebrities. Celebrities included (though not limited to) skater Nancy Kerrigan, singer Madonna and more in her comedy movies. She was especially popular between the mid 1980s until around the early 2000s.

Brown is known for her popular parody song "Homecoming Queen's Got a Gun".

All content from Kiddle encyclopedia articles (including the article images and facts) can be freely used under Attribution-ShareAlike license, unless stated otherwise. Cite this article:
Julie Brown Facts for Kids. Kiddle Encyclopedia.