Jeff Goldblum moved to New York City at 17, working on the stage and studying acting at the Neighborhood Playhouse under the guidance of acting coach Sanford Meisner. Most of the characters he plays are intense or eccentric. At 6 feet 4 inches he is one of Hollywood's tallest actors. He is also an accomplished jazz pianist and declared that if he did not act, he would have become a professional musician. 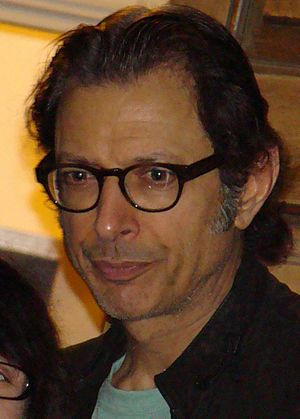 In mid-2014, he became engaged to Canadian Olympic gymnast Emilie Livingston; the couple married on November 8, 2014. On January 9, 2015, Goldblum announced on the Late Show with David Letterman that the couple were expecting a son. Their son born in 2015. Goldblum announced on the January 11, 2017, episode of Conan that Emilie was pregnant with their second child. Their second child, a boy, was born in 2017. 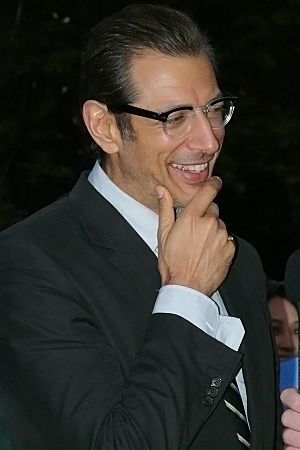 Jeff Goldblum at the Premiere of Adam Resurrected 2008 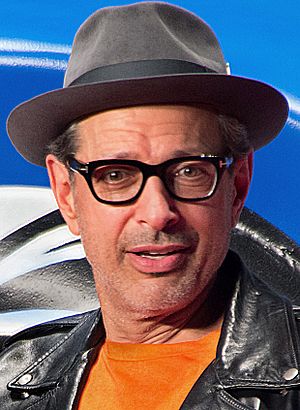 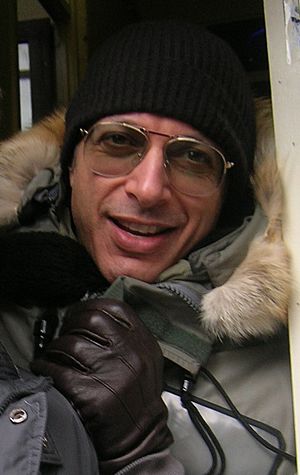 All content from Kiddle encyclopedia articles (including the article images and facts) can be freely used under Attribution-ShareAlike license, unless stated otherwise. Cite this article:
Jeff Goldblum Facts for Kids. Kiddle Encyclopedia.