Kimbal Reeve Musk (born September 20, 1972) is a South African-born restaurateur, chef, and entrepreneur. He owns The Kitchen Restaurant Group, a family of community restaurant concepts located in Colorado, Chicago, Cleveland, Memphis, and Indianapolis. He is the co-founder and chairman of Big Green, a 501(c)(3) nonprofit that has built hundreds of outdoor classrooms called "Learning Gardens" in schoolyards across America. Musk is also the co-founder and chairman of Square Roots, an urban farming company in Brooklyn, N.Y., growing food in hydroponic, indoor, climate controlled shipping containers. Musk currently sits on the boards of Tesla Inc. and SpaceX. He was on the board of Chipotle Mexican Grill from 2013 to 2019. He is the younger brother of billionaire businessman Elon Musk and a major Tesla shareholder.

Musk grew up with his brother Elon, sister Tosca, and many cousins. His mother, Maye Musk, is a prominent dietician and his father had his own engineering practice. After finishing high school in Pretoria, South Africa, Musk left to meet his brother in Kingston, Ontario, Canada and enrolled in university to pursue a degree in business at Queen's University. While in school, Musk first worked at Scotiabank. He graduated with his degree from Queen's University in 1995.

Musk's first entrepreneurship venture was a residential painting business with College Pro Painters in 1994, the same year he and his elder brother, Elon started their second company, Zip2. Zip2 was an online city guide that provided content for the new online versions of The New York Times and the Chicago Tribune newspapers. The company was sold in 1999 to Compaq for $307 million.

After selling Zip2, Musk invested in several young software and technology companies. Musk was an early investor in his brother's venture X.com, an online financial services and email payments company. X.com merged with PayPal, which in October 2002 was acquired by eBay for $1.5 billion in stock. 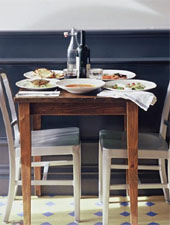 While Elon stayed in California, Kimbal moved to New York and enrolled into the French Culinary Institute in New York City. In April 2004, Musk opened The Kitchen, a community bistro in Boulder, Colorado with Jen Lewin and Hugo Matheson. The Kitchen has been named one of "America's Top Restaurants" according to Food & Wine, Zagat’s, Gourmet, OpenTable, and the James Beard Foundation. In addition to its flagship restaurant in Boulder, The Kitchen has locations in downtown Denver and Chicago.

From 2006 to 2011, Musk served as the CEO of OneRiot, an advertising network. In September 2011, Walmart-Labs acquired OneRiot for an undisclosed purchase price.

After seven years of supporting the Growe Foundation to plant school gardens in the Boulder community, in 2011 Musk and Matheson established Big Green (originally named The Kitchen Community), a 501c3 nonprofit to help connect kids to real food by creating dynamic Learning Garden classrooms in schools across America. Learning Gardens teach children an understanding of food, healthy eating, lifestyle choices and environment through lesson plans and activities that tie into existing school curriculum, such as math, science and literacy.

Each of The Kitchen restaurants donates a percentage of sales to help plant Learning Gardens in their local community. In 2012, Big Green built 26 gardens in Colorado, 16 in Chicago, and 12 more around the USA.

By the end of 2015, four years after its founding, The Kitchen Community had built 260 Learning Gardens across Chicago, Denver, Los Angeles and Memphis. In 2016, Musk co-founded Square Roots, an urban farming company that grows organic food in shipping containers. The company formed a partnership with Gordon Food Services (GFS) to expand outside of NYC. In January 2018, The Kitchen Community (TKC), expanded into a national nonprofit called Big Green and announced its seventh city, Detroit, to build outdoor Learning Garden classrooms in 100 schools across the Motor City. As of 2019, Big Green is in seven American cities with nearly 600 schools across its network impacting over 300,000 students everyday. Musk and Big Green have established Plant a Seed Day, an international holiday.

Musk faced scrutiny in 2020 after changing his Next Door's Family Fund program in the middle of the coronavirus pandemic. The fund was originally was set up to help employees during an emergency situation. Contributions came from employees of Next Door.

Musk married Jen Lewin, with whom he established The Kitchen. The couple have three children together. They later divorced. He lives in Boulder, Colorado. In April 2018, he married Christiana Wyly, an environmental activist and the daughter of billionaire Sam Wyly.

All content from Kiddle encyclopedia articles (including the article images and facts) can be freely used under Attribution-ShareAlike license, unless stated otherwise. Cite this article:
Kimbal Musk Facts for Kids. Kiddle Encyclopedia.