Lady of the Lake facts for kids 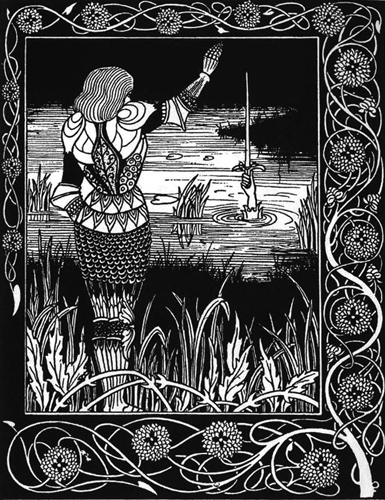 The Lady of the Lake and Sir Bedivere

The Lady of the Lake is a character of Arthurian legend. Different writers give her different names. Her roles include giving King Arthur his sword, Excalibur, taking Arthur to Camelot after the Battle of Camlann, raising Lancelot after the death of his father, and of enchanting Merlin. She is called Nimue, Viviane, Elaine, Niniane, Nyneve or Nimueh, amongst others.

All content from Kiddle encyclopedia articles (including the article images and facts) can be freely used under Attribution-ShareAlike license, unless stated otherwise. Cite this article:
Lady of the Lake Facts for Kids. Kiddle Encyclopedia.